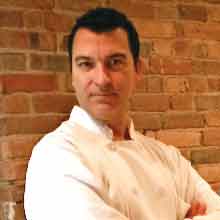 Daniel Rosati, is the owner of La Villa Cucina, a cooking school established in 1998, offering culinary travel programs within the Italian regions of Campania, Tuscany, Umbria and Sicily. Daniel, one of Americaâs most respected culinary instructors, teaches at numerous venues including The Institute of Culinary Education in New York. From 1989 - 2008 Daniel taught at The New School University in New York. At The New School he developed both adult recreational and intensive programs; including the first Master Class in Regional Italian Cooking and Master Class in Artisan Bread Baking, certificate programs, started in 1997. While his expertise is in regional Italian cooking, Daniel is also proficient in pastry arts and other ethnic cuisines, including Thai, Greek, Lebanese, Spanish, Portuguese and Moroccan. As a culinary/restaurant consultant Daniel has created some of New York's unique culinary destinations, including Suzies Kitchen, Burgers & Cupcakes and most recently Sweet Revenge, Daniel's creations for Sweet Revenge are featured in/on The Martha Stewart Show (The Cupcake Episode), Bon Appétit Magazine and Time Out New York's Top !00 - 2008. Sweet Revenge won Time Out New York Magazine Eat Out Award 2008, in the category of âBest Case Against Cupcake Backlashâ. Daniel is currently at work on his first book, La Villa Cucina: Recipes from an Italian Cooking School, Artisan Visits & Traditions to Remember.