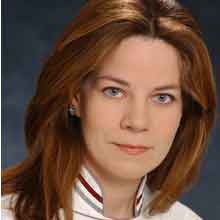 Chef Melanie Underwood developed her enthusiasm for fresh and organic food as a child on her familyâs farm in Virginia, where she began cooking at age four. She worked in Washington, D.C., before moving to New York, where she demonstrated her talent for baking and desserts at the Four Seasons Hotel, the Plaza Hotel, Torre di Pisa, and other celebrated New York City restaurants. Since 1996 Underwood has been sharing her expertise as a cooking and baking instructor for professional and recreational programs at the Institute for Culinary Education (ice.edu), at Home Cooking New York in Manhattanâs SoHo neighborhood (homecookingny.com), and is frequently invited to teach private throughout the country. Melanie has expanded her love of food to not only teaching, but also to recipe testing, development and food styling which marries her expertise in cooking and baking with tapping into food trends and consumer needs. Some of her clients include Sara Lee Foods, Rodale Books, Weber Shandwick, Dairy Management Inc., Ziploc, National Pork Board, Planterâs Peanuts, The Simply Orange Juice Company, Diageo and Veggie Patch among many others. She has demonstrated her skills on several TV networks, including NBC, ABC, CNN, Food Network, and Oxygen, and has been featured in the New York Times, the New York Daily News, New York magazine, Fine Cooking magazine, and other publications. Melanie is also a co-author of the self-published book Art and Cook, a unique blend of recipes, art, and politics. Her most recent book, Making Artisan Cheesecake will be released August 1, 2015.