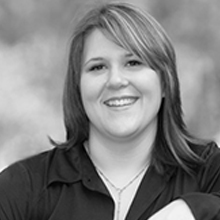 Pastry chef, cake artist and entrepreneur, Penny Stankieiwicz, has always been an artist. As alumna of NYU Tisch School of the Arts, Penny began her professional life in the film industry, where she honed her storytelling craft. While producing the film âAbsolute Wilson,â a feature documentary on the avant-garde artist Robert Wilson, she enrolled at the Institute of Culinary Education as a Pastry & Baking Arts student, igniting her passion for creating artistic cakes and confections. After graduation, Penny worked with Jean-Georges Vongerichtenâs Spice Market, under Chef Pichet Ong, using her storytelling skills for custom cakes. She found all of her artistic skills and detail-oriented nature could be applied to her cake creations. Penny began teaching at the 92nd Street Y and was a development consultant for the recreational cooking classes at Sarah Lawrence College, and in 2014, she found her way back to ICE, becoming a visiting instructor for the Professional Cake Decorating program. She has also lead cake decorating classes at De Gustibus Cooking School in Macyâs Herald Square. In 2015, Penny opened Sugar Couture, which boasts an impressive client list including Tory Burch, Hugh Jackman, Adele, Beyonce, John Mayer, Mercedes, Madison Square Garden, Sony Music, Edelman and R/GA, in Brooklynâs Williamsburg neighborhood. As an entrepreneur, she was selected to participate in the Goldman Sachs 10,000 Small Business program sponsored by The Tory Burch Foundation. Pennyâs work has been featured in The New York Times, Vogue, New York Magazine, Town & Country, People, Brides, Time Out New York, Food Network, The Daily News, Village Voice and The Knot. She has been on Refinery 29, Heritage Radio, âMy Fair Weddingâ (with David Tutera) and âThe Nate Burkus Show.â She is thrilled to be a featured cake artist on the Food Network show, âRidiculous Cakes.â